Basics Architects were approached by a well-known developer to design a clubhouse as a ‘communal anchor’ for an urban housing society in Noida, India. The clubhouse was to include a large reception & waiting area, bar & family restaurant, ballroom, sports hall, theater, and a children’s play area. The interiors had to reflect an ‘aura’ of luxury as well as cater to the communal needs of the residents. The architectural design also had to complement the surrounding views of the swimming pool and open green spaces of the complex.

The footprint of the building was pre-established as per the master plan of the housing campus. The main facade was supposed to face west and also overlook the swimming pool deck. The other three facades, facing the rear side, needed to be opaque without any opportunity for any views or natural light.  The building along with the pool deck is sunken in relation to the central greens of the development. The design evolution started with these underlying constraints.

The clubhouse has a small funnel-shaped main entrance which explodes into a large double-height lobby creating a sense of surprise and connects into the swimming pool deck with a large entrance. The lobby also has a large span mezzanine floor floating above the waiting area which further opens out into a veranda overlooking the pool.

Largely the planning focussed around placing the active public spaces around the west providing good natural light and view of the deck. The restaurant, bar, and waiting area have been placed along with the main glazing. The ballroom, squash courts, and badminton courts have been planned towards the opaque zones of the building. A children’s play area also connects with the main lobby and spills out into the deck.

The design approach focussed primarily on enhancing the well-being of the end-users taking into account the fact that residents will spend a substantial amount of time at the clubhouse for fun and leisure. Biophilic elements were introduced in the facade design to signify the bond and affinity with nature.  It has been adequately proven through research that health and wellbeing can be improved by incorporating nature directly and indirectly into our built environment.

One of the most important challenges to overcome was the orientation of the building. The west facade would certainly provide good natural light and seamless views of the pool deck, but would be a major source of heat gain especially taking into account the composite climate of north India. The facade needed to be protected from the harsh evening sun.

To overcome these challenges, the architects devised a facade system consisting of vertical greens and a wooden louver system. The vertical green system was selected for its ability to block the west sun but also on account that it would allow views of the pool from the building interior. The green system was encased in a wooden framed structure. The wooden louver design complements the green system. The angles of the louvers were carefully calculated to effectively block the sun but also allow views. The series of green and louver screens were alternated randomly to create dynamism and movement in the facade.

Solid wood was selected for the facade system over PVC and other alternatives. The wood not only represents and reflects biophilia but it is also fully biodegradable and recyclable as a material. It is almost carbon neutral. Natural wood also allows flexibility in construction, ease of use, durability, and minimal environmental impact compared to the other options.

Thermo-treated pine was selected from amongst the other options available. The wood has a distinctive grain with a light tone, which the architects would stain later. Traditional oils and varnishes need regular maintenance and also gather dust due to static. Exterior oil from Rubio Monocoat was selected for the staining. Monocoat works on the principles of molecular bonding with the wood fibers without any film formation or saturation. It is easy to maintain and keeps the natural look & feel of the wood with just a single coat.

During the day, the facade appears as an opaque surface due to the angles of the louvered screens. It also adds a reassuring sense of robustness, privacy and security to the building occupants, providing shade for the interior spaces while still affording views to the pool and deck. The windows and doors are recessed slightly from the outer louvered facade, creating an envelope that helps keep the clubhouse naturally cool even during the peak summers.

The building comes alive at night when glimpses of the ongoing activities are seen from the outside. The use of wood and vertical greens on the façade gives the building a warm and inviting look, which makes people feel pleasant and encourages them to socialize. The rhythmic interplay of the biophilic screens breaks the monotony of the large facade of the building.

The interiors of the large lobby have been designed to connect the main entrance with the west glazing. To maintain the flow, wooden ribbed slats on ceilings complement the movement in texture of the grey travertine on the walls. The richness of the travertine finish adds a luxurious touch to the wooden texture high gloss floor. The wooden ceiling has also been shaped to flow with the RCC roof and firmly takes its shape.

In juxtaposition to the reception, the bar follows a very casual ambience with exposed services and ceiling. The patterned tiles highlight and livens up the bar as well as the adjoining corridor. The ballroom with high roof and fabric wall panels reflects grandeur.

The design of the clubhouse was a human centric approach to meet the physical and psychological requirements of the end users. The built environment encourages interaction between the residents while they pursue their social, fun and leisure activities. The biophilic design and elements stimulate wellbeing and also connect the users to the building.

Overall, the clubhouse stands as a low scale space of refuge surrounded by the tall buildings of inhuman scale thus providing a sense of comfort and ease. The indoor-outdoor connection has been seamlessly emphasized with the interior spaces flowing seamlessly into the open outdoor spaces. This helps the place become a hub of activity and energy, which is the primary objective of the clubhouse.

Read the full article on Timber Design and Technology’s Website. 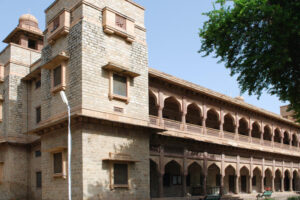 The story starts about a decade and a half ago,[...] 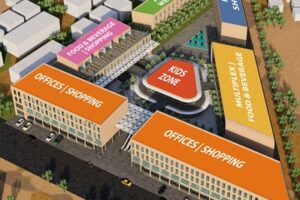 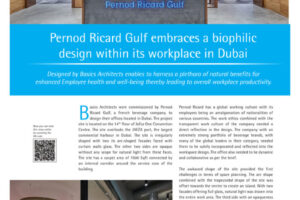 Check out the article on Ace Update.